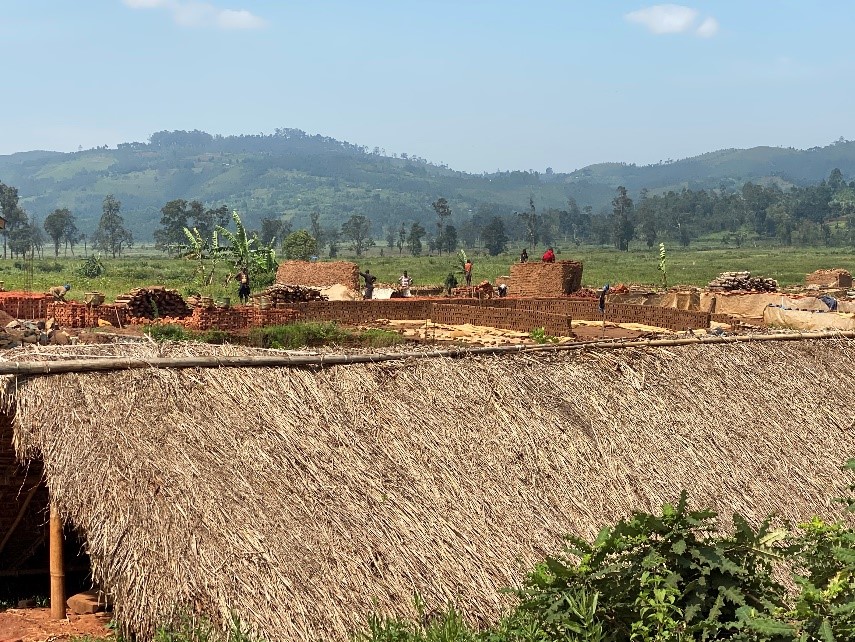 We are travelling to a small-town South-West of Bukavu in the DRC’s South Kivu territory. We have the opportunity to speak to local businesses and communities from the area and look through the list of questions we want to ask. Hopefully, we can find out how these local businesses address child labour, when some continue to break the law and employ children. We want to find out more about the local co-operatives and how that may help families keep their child in school and away from the mines. These are just some of the questions on my mind and I expect that the people I speak to will have questions for me too.

Luckily making the journey to Walungu is quite straight forward. The roads aren’t too bad and are a massive improvement from our trip to Rubaya in North Kivu where we had to ask the driver to stop every thirty minutes. The surrounding countryside here is truly magnificent. Words can’t describe this beautiful land or how unfortunate it is that despite all the wealth it could generate, the DRC remains one of the poorest countries on the African continent. It’s extremely frustrating. Why can’t leaders implement a strategy enabling the country’s natural resources to lift the population out of abject poverty? I know I’m not going to get all the answers I want on this trip, but I hope to understand the contributions that will be made to improve the situation for some of the DRC’s children caught up in the worst forms of child labour.

Convention 182 of the International Labour Organisation's (ILO) standards, prohibits the worst forms of child labour including slavery, child trafficking, forced or compulsory labour, recruiting children for use in armed conflict and other work which is likely to harm children's health, safety or morals. We know it is illegal for children under the age of eighteen to work in the DRC, but equally we must acknowledge and not underestimate the complex role that culture, tradition and context plays in all of this. There should never be any exceptions for why children are mistreated (sometimes in the most unimaginable ways) so that others can profit.

According to Maplecroft’s Child Labour Index, the DRC comes in at number 3 in their top 10 worst countries for child labour. No one can deny that the country is plagued with instances of child labour that span from its conflict-ridden Eastern coast to more affluent parts such as the capital Kinshasa and all the way down to the South-Eastern copper belt in places like Lubumbashi. Although the problems here are immense, I feel strongly that there are definitely opportunities to address them.

Whilst en route to Walungu, we coincidentally stumble across a brick kiln at the side of the road. We witness several children working in the sweltering heat during the hottest part of the day, in what can only be described as shocking conditions. This is certainly not safe for a child or a place for them to work. Watching these young boys carrying bricks on their backs from one part of the kiln to another, just reinforces how despicable it is that in 2020 children are still trapped in a cycle of poverty whilst others continue to profit from their labour.

I can’t even begin to imagine how exhausted these boys are and how many hours they are going without food and water. Our in-country partner Jean from World Vision glances over at me staring at these boys and starts to describe the reality for some of them. Jean casually says, “Bee what you see before you is unfortunately how most children are living in the DRC, there are very little options for children in this town”. I can now feel myself wanting to ask even more questions... Like how did these boys end up here? Have they been coerced into working here by their families or anyone else? Why are they not in school? Who is buying these bricks, and do they know that children are involved in the production of their material?

I ask Jean if I can discreetly take photos from our vehicle only with the intention of adding them to my personal collection. Jean tells me he can do one better and if I’d like to, it’s possible to go to the brick kiln and speak with the owner and the kids. Before I even say yes, I am already putting my bag over my shoulders and heading towards the back of the vehicle to get out.

We make our way down towards the front entrance and see a middle-aged man who greets Jean and speaks to him in Swahili. Moments later we are ushered by a group of men towards the children who are handling the bricks. These boys are probably between 11-15 years old (except for a few who look much younger) and sitting on top of a pile of bricks having a conversation. We get the nod from the site owner that it’s okay to take photographs and to speak to them. He follows us around the kiln and if we stop to speak to some of the boys, he is there waiting to contribute to the conversations. It doesn’t bother me; in fact, I am grateful that he gave us this opportunity to see this operation with our own eyes and gain our own perspective.

The children seem reasonably healthy but despite all the smiling, I doubt their sincerity when answering some of our questions. I ask why they are not in school and many respond that they were thrown out because they could not afford it. This occurs in many parts of rural DRC. Although last year the government introduced legislation stipulating that primary school aged children do not need to pay any fees, the reality for many communities is that there is still an expectation for families to contribute to teachers’ salaries, maintenance for the school and learning materials. This unwritten rule means that many children are effectively priced-out of an education and aren’t given the opportunity to lift themselves and their families out of poverty. This situation also highlights that more needs to be done to promote secondary school education. Most of the boys working here are adolescents and therefore unable to benefit from the no-fee primary education initiative. I also wonder about what alternative employment opportunities (if any) exist for teenagers in South Kivu. After speaking to the boys what remains unclear is whether they are working at the brick kiln to pay their school fees or if they have left education altogether and are working here to help support themselves & their families. These are not the types of questions we are able to ask but I firmly suspect it is the latter.

Our group then splits up as we make our way around the brick kiln. In the grand scheme of things, it’s not a very big operation – physically the space is medium-sized which probably explains why many workers are not required. I bump into a few boys on their own and ask a couple of them if they receive a salary and if they are local to this area. It becomes evident that they feel uncomfortable answering, so I don’t push them any further. I shift the conversation and with Jean’s help start to talk to the boys about playing football and some of their favourite teams. I have an instant connection with a few of them as they too are Arsenal supporters! In that moment it’s easy to forget about where I am, it doesn’t feel like I’m on the side of a dirt track on the way to Walungu and speaking to child labourers. Instead I’m having an interesting conversation about football with a group of teenage boys. But that feeling doesn’t last very long as the harshness of their situation draws me straight back into reality.

It’s time to go now. I have this notion that if I keep the boys away from their work for much longer, they will somehow have to make up for that time either later that evening or even earlier than expected the next morning. We are not keen on causing them any further inconvenience. We thank the boys for speaking with us and say our goodbyes.

I look back at them as our car pulls away and can’t help but think about their futures. They are just some of the forgotten children of South Kivu’s brick kilns. 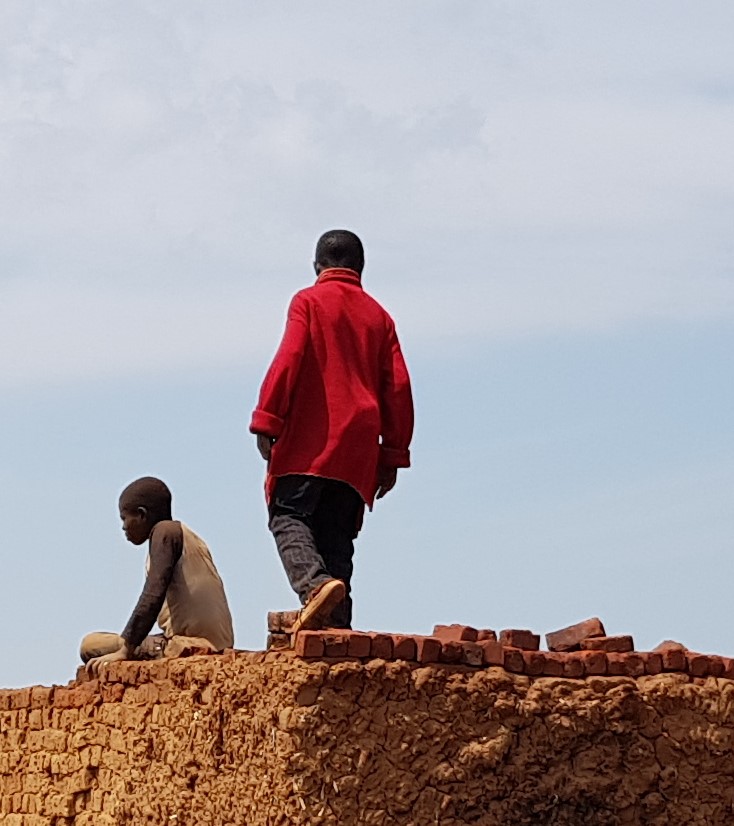 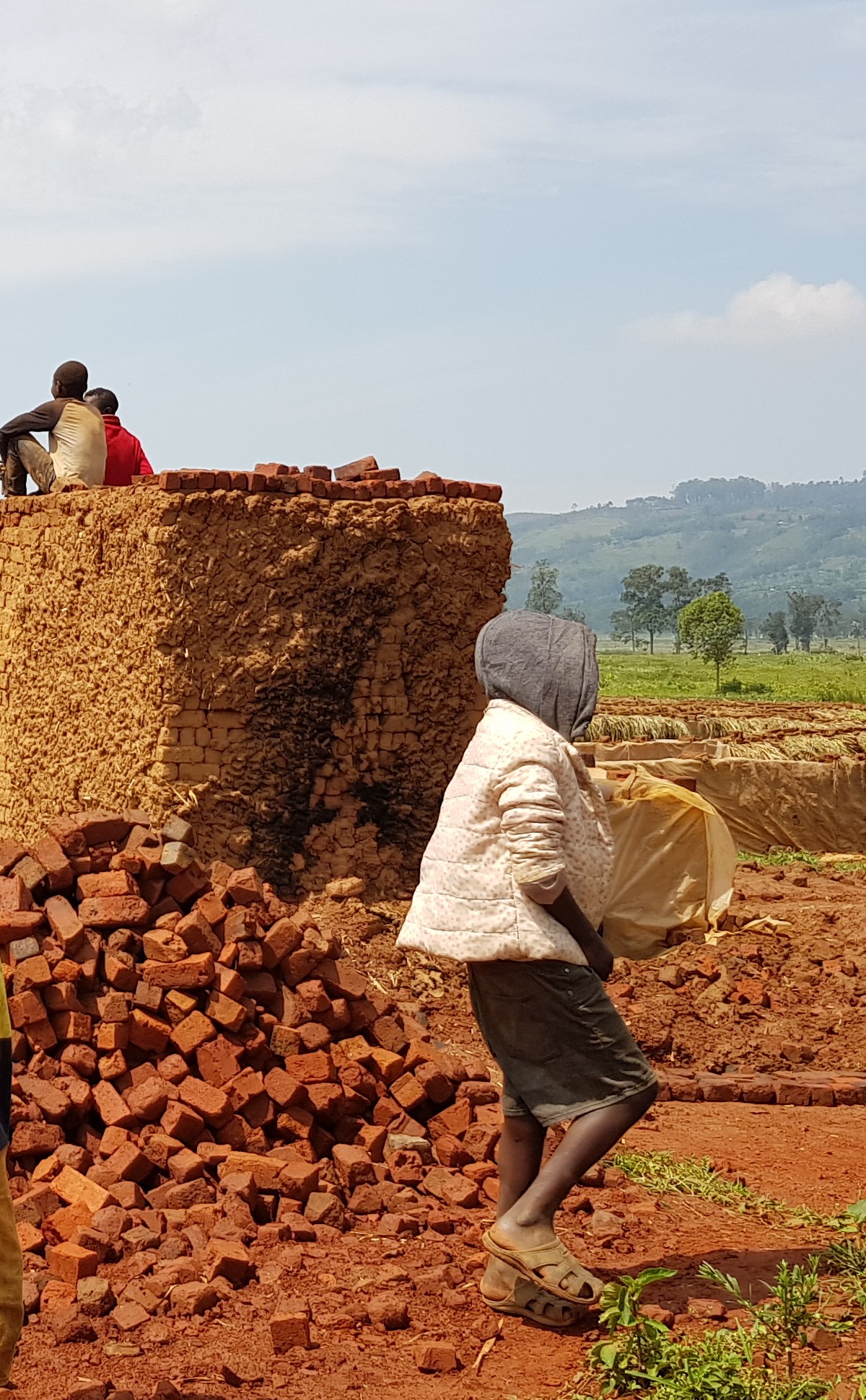 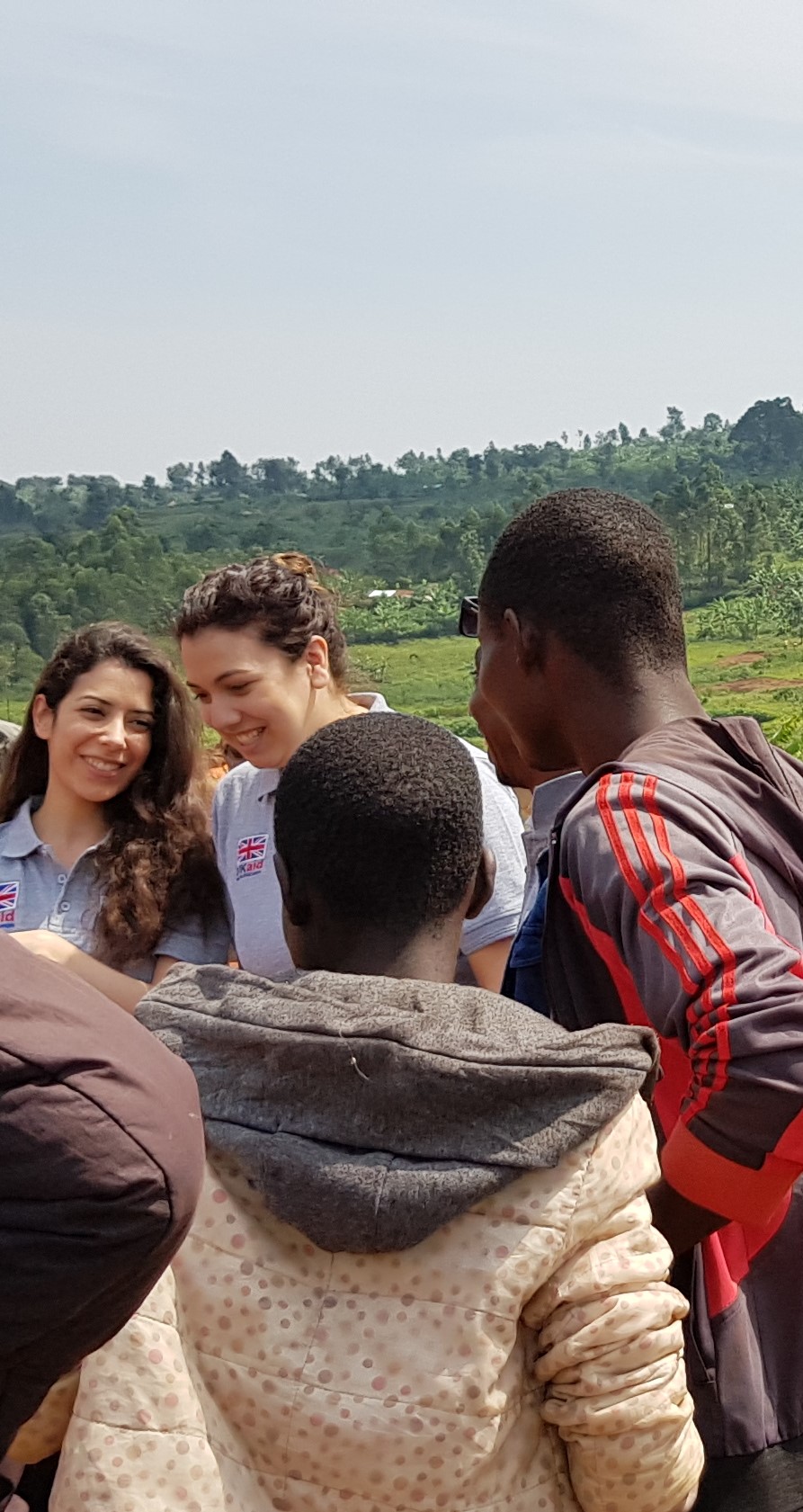 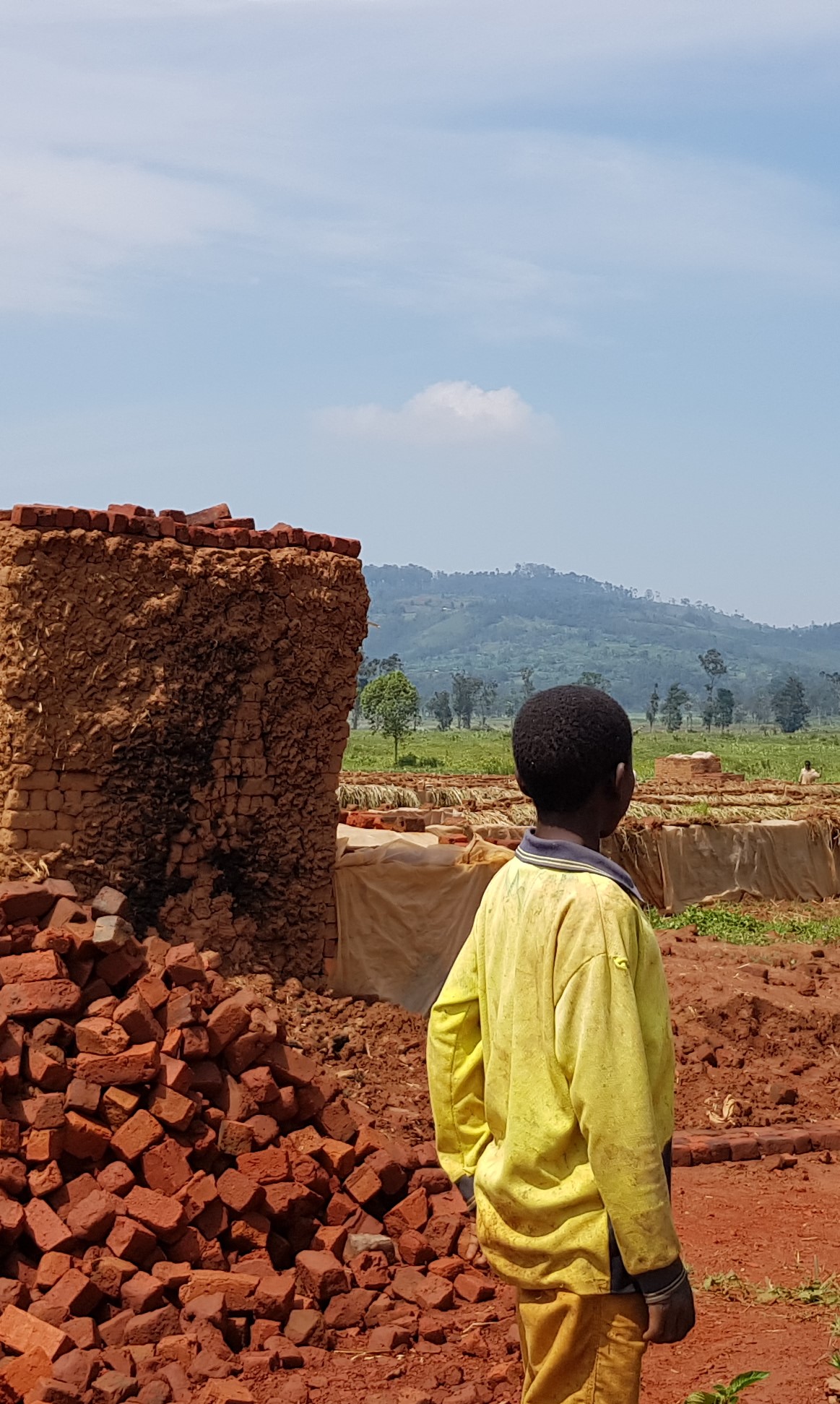 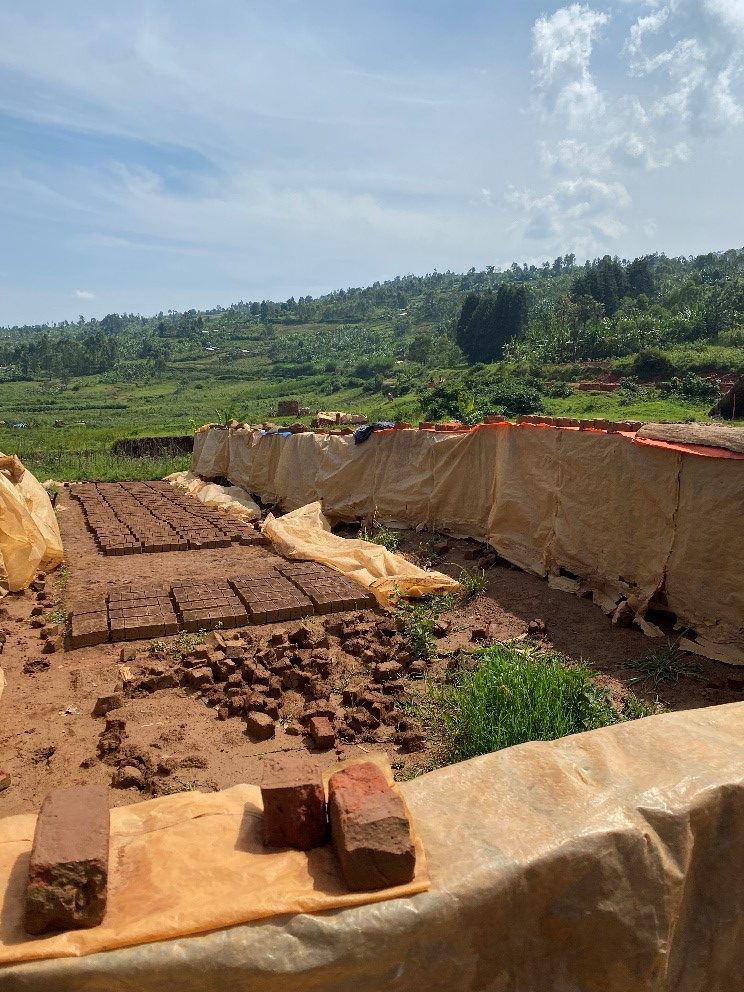